Yoga is a Hindu spiritual and ascetic discipline, a part of which, including breath control, simple meditation, and the adoption of specific bodily postures, is widely practiced for health and relaxation.

” Yoga is the journey of the self, through the self, to the self. ” – The Bhagavad Gita

This quote has written in the Bhagavad Gita. The ancient scripture of Hindus – Srimad Bhagavad Gita is a treasure for ‘yoga’ lovers.

The holy scripture speaks about the detached way of life through its 700 ‘shlokas’ divided into 18 chapters. Three chapters also have a complex description of different types of ‘yoga’. It can help in improving one’s lifestyle.

The olden religious writing, said to be written in the second century, is a narrative weaved from the discussion between Arjuna and Lord Krishna.

The divine lord advises him through the time of quandary, he is unable to decide in a moment he should fight with his treacherous relatives or not.

Yoga helps to boost immunity power and make the human body healthy and fit. The basic basis of yoga is Hindu culture.

The word Yoga first appeared in the oldest sacred texts, the Rig Veda and is derived from the Sanskrit root “Yuj” which means to join or unite.

According to the Yogic scriptures, the practice of Yoga leads an individual to the union of consciousness with that of universal Consciousness.

It eventually leads to a great harmony between the human mind and body, man & nature.

Yoga is a system of techniques that reflects real and proven scientific concepts. Many things Western scientists understand about the body have actually been known by yoga practitioners for centuries.

The human body is in a constant state of flux, Western medicine calls this process homeostasis.

Yoga’s five sheaths of existence—in essence, the body, the breath, the emotions, the intellect, and happiness—reflect the same need for balance between internal and external forces.

The terminology may be different, but the concepts are universal. Yoga is derived from the Sanskrit root yuj, meaning “ to join together. ”

Prana is a form of energy in the universe that animates all physical matter, including the human body. Prana is the soul of the universe.

Chakras are centers of energy located between the base of your spinal column and the crown of your head.

Each chakra has a corresponding color, sound, perception, and biological function.

The practice of yoga began 5,000 years ago during the Indus-Saraswati culture in northern India.

It was first mentioned in the Rigveda, a collection of texts comprising rituals, mantras and songs, used mainly by Vedic priests by Brahmins.

Yoga was gradually developed by Brahmins. They eventually documented their practices and beliefs in Upanishads carrying more than 200 scriptures.

Yoga in the Vedas means a yoke. In some early writings, yoga was used primarily to cause a knight to die and move the gods behind his chariot to heaven whenever he was of higher powers.

During the Vedic period, Vedic priests were usually self-disciplined and instead avoided any form of indulgence; He used to perform Yagya which was known as ” Yajna ” and used to say that most researchers believe that the kind of yoga pose we use in the modern world today is its predecessor.

The Spreading of Yoga:

In the 5th era, yoga was for meditation and religious use, but not as an exercise. Around the equivalent time, this theory became even more established among Jains, Buddhists, and Hindus.

The second chief value had focused on raising consciousness, and the third method was to achieve transit. The fourth value was full of mystery. It used yoga to penetrate other people’s bodies and act supernaturally.

Today, millions of people practice yoga in many patterns and variations around the world. At Pratiksha we focus on an ancient wisdom for yoga, the modern way of life.

The human body is in a constant state of flux, Western medicine calls this process homeostasis.

Yoga’s five sheaths of existence—in essence, the body, the breath, the emotions, the intellect, and happiness—reflect the same need for balance between internal and external forces.

Yoga derives from the Sanskrit root yuj, meaning “ to yoke or join together. ”

Prana is a form of energy in the universe that animates all physical matter, including the human body. Prana is the soul of the universe.

Chakras are centers of energy located between the base of your spinal column and the crown of your head.

Each chakra has a corresponding color, sound, perception, and biological function.

The Main Elements Of Yoga:

Yoga is a positive experience for body, mind, and soul. There are eight basic elements in yoga.

Sage Patanjali has defined yoga as ‘the detention of the vices of the mind’. He compiled a compilation of Yogasutras called ‘Yogasutra’.

In this theory, he has explained in detail a path of Ashtanga Yoga for complete well-being and physical, mental, and spiritual purification.

Ashtanga yoga should not be understood as a path with eight distinct steps; these are an eight-dimensional passage. The eight dimensions are followed simultaneously. These eight parts of yoga are:

The Yama contains five social factors in yoga. These five are non-violence, truth, celibacy, imperfection, and lack of nature. It is the first stage of yoga.

Niyama is a second stage of Yoga. It includes the five stages of manners. These are satisfaction, self-study, god-providence, purification of body and mind, and self-discipline.

Under those circumstances, asanas are poses that exercise the front, back, and side of the body equally. A performance of asanas makes the creation of a full range of movements namely horizontal and vertical expansion.

Pranayama means control of the breath, which leads to deeper breathing thereby providing the body with more oxygen. This intensive breathing technique creates a feeling of serenity and inner peace.

The mind has to concentrate and focus on the subject. Keeping in mind anyone subject calls dharna.

Concentration is key in yoga. The focus on the specifics of the pose and control of the breath will increase concentration.

It is a state of mind in which the mind becomes completely absorbed in the contemplation of the object. Yoga philosophy considers salvation possible only through samadhi.

Yoga is not just about working out, it’s about a healthy lifestyle. The practice of yoga allows students to find stillness in a world consumed with chaos. Peace and tranquility achieved through focused training appeals to everyone. 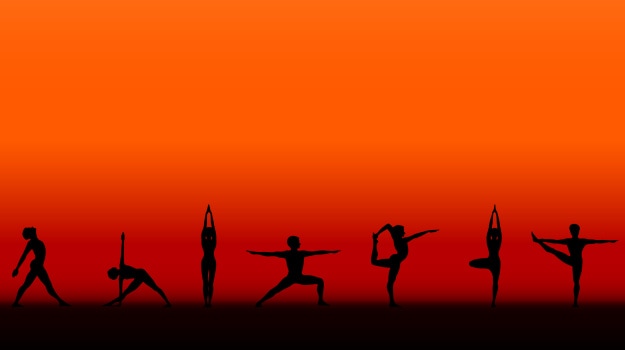 Other physical benefits of yoga include:

Aside from the physical advantages, one of the best benefits of yoga is how it helps a person manage stress. It affects overwhelming on the body and mind.

“ Stress can reveal itself in many ways, including back or neck pain, sleeping problems, headaches, drug abuse, and an inability to concentrate,” says Dr. Nevins. “Yoga can be very effective in developing coping skills and reaching a more positive outlook on life.”

A consistent practice offers all kinds of mental and physical health benefits. Some, like improved flexibility, are evident.

The constant habit of yoga helps us in several ways. Therefore, this is an opportunity to make a yoga calendar and start work out.

10 Things About Surat City That I Personally Don’t Like

Why Surtis Speak Bad Words So Casually While Talking?😷

What is Surat Famous for? No.6 and 7 are the Most Popular

Surti Sarasiya Khaja is more than a food item here in the diamond city. If you ask the natives of the city you will...
Read more

Famous surat nankhatai has a glorious history when dutch came to surat. Read the full story, the origin of nankhatai & surti's love for it.
Read more

Pyar Mohabbat ka Sharbat is not just a drink, it's an emotion. Read the post to know where exactly you can drink this sharbat in Surat city.
Read more

Starbucks Surat – No Reasons To Avoid

Starbucks Surat has opened its first retail coffee cafe. It probably winning the hearts of the people of the diamond city. Read what they have to say.
Read more

The list of top 10 influencers in Surat in the food blogging category is out now. Click their names to visit their official insta accounts.
Read more

Here you will discover the unexpected, the unexplored, and the underrated. In other words the true essence of Surat. We will together uncover the hidden gems of this sparkling city of Gujarat. Whether it’s a crowded street, a busy food joint or a place to escape and relax, we will hear their stories and share them with you.